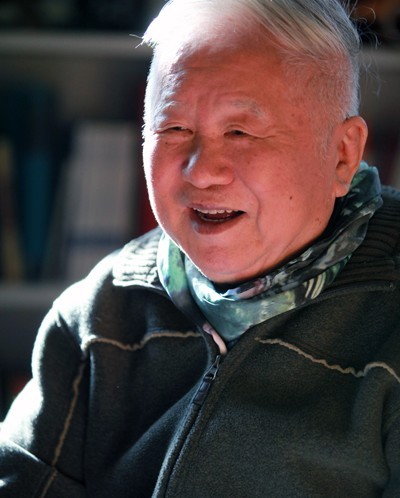 Wu Liangyong is one of the most influential architects and urban planners in China. He is the founder of the sciences of human settlements in China.

Born in May 1922 in Nanjing, Jiangsu province, Wu obtained a bachelor's degree in architecture at the National Central University in 1944, and a master's degree at the American Cranbrook Academy of Art. Together with Professor Liang Sicheng - a famed Chinese architect - he founded the Department of Architecture of Tsinghua University in 1946.

After graduation from the Cranbrook Academy of Art in 1949 with a master's degree, Wu returned to China in 1950. He became the dean of the School of Architecture at Tsinghua University and vice-president of both the International Union of Architects and the Architecture Society of China. He was also chairman of China Association of City Planning and the World Habitat Society.

Wu is engaged in the fundamental research and engineering practice of architecture and urban planning. Based on insights gained in the process of Chinese urbanization, he proposed a general theory of the sciences of human settlements and its theory frame.

This theory integrates and develops the key disciplines relevant to human settlements, including architecture and urban-rural planning, and has gained wide recognition in the international architecture scene. The International Union of Architects' Beijing Charter, drafted by Wu Liangyong, is recognized as a roadmap for architects and planners.

By applying the theory of the sciences of human settlements, Wu has successfully carried out a series of prospective demonstration plans and practices in regions such as Beijing-Tianjin-Hebei, the Yangtze River Delta and northwest Yunnan province.

The creative approaches used in the practice were included in the Urban Planning-Making Methods to advance the scientific development of rural and urban construction.

Wu also chaired the Ju'er Hutong quadrangle dwellings renovation project in Beijing, adopting the way of organic renewal rather than large-scale demolition and reconstruction, and shifting common social understanding from individual protection to protection as a whole.

He was also responsible for the architectural design of the Qufu Confucius Research Institute, one of his representative works integrating traditional cultural connotations with modern art.