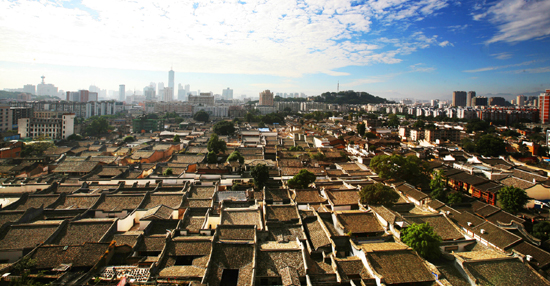 The Three Lanes and Seven Alleys in the city of Fuzhou, South China's Fujian province is hailed as a living museum of Ming and Qing dynasty (1368-1911) buildings. It was listed in China's first group of Historical and Cultural Streets in 2015 by the Ministry of Housing and Urban-Rural Development and the State Administration of Cultural Heritage.

The Protection Planning of Cultural Heritages was praised as "pioneering planning" by Shan Jixiang, head of the Palace Museum. The following Planning of Community Museums was the first of its kind in China. In 2009, the historical cultural heritage conservation planning and digital technology application won an innovation award issued by the Ministry of Culture. It also won the UNESCO Asia-Pacific Heritage Award for Cultural Heritage Conservation in 2015.