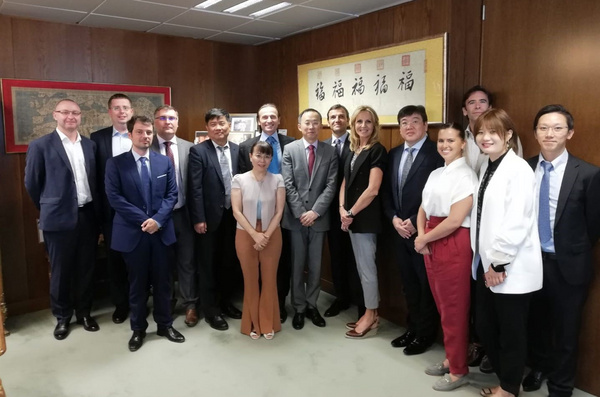 Signing ceremony between Nuctech and AENA

A delegation led by the president of Nuctech, affiliated to Tsinghua Tongfang, a member enterprise of Tsinghua Holdings, went to Madrid to sign an EDS project contract with representatives of AENA, a state-owned company managing airports and heliports in Spain.

Nuctech won the bidding for EDS projects in 14 airports in Spain including supply of CT luggage checking systems, X-ray security checking equipment and hierarchical management systems. The contract marks the second cooperation between AENA and Nuctech.

After the signing ceremony, Zhang Li, head engineer of the Nuctech, introduced the new airport integrated solution to the customer which won the praise of AENA representatives for the innovation spirit shown.

Chen Zhiqiang, president of Nuctech, also visited the Chinese embassy in Spain for discussions with the Chinese ambassador and the commercial counselor.

In the meeting, the ambassador said that Spain is an important partner of China in building the Belt and Road Initiative. Spain also has the largest number of direct flights to China among all European countries.

The ambassador praised the work of Nuctech in Spain saying that his embassy will give support to Nuctech for their development in the country.

In recent years, Sino-Spanish economic and trade cooperation has been developing continuously. China has become Spain's largest trading partner outside the EU and the Chinese government strongly encourages Chinese enterprises to invest in Spain. 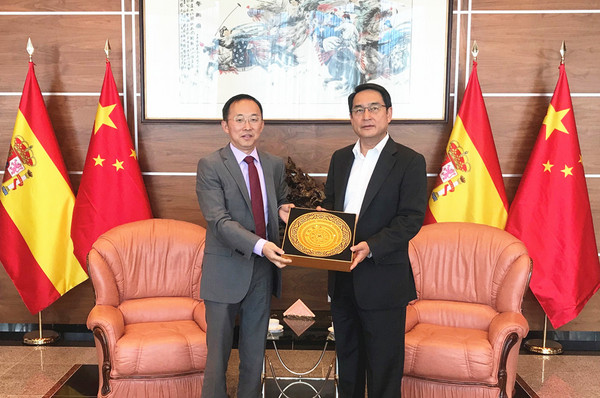