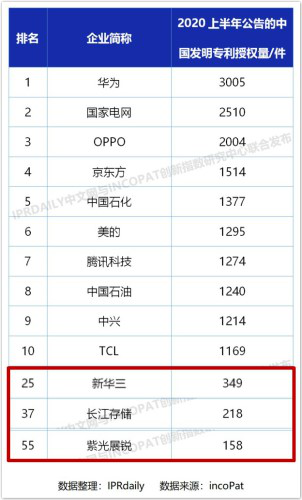 Tsinghua Unigroup was recently ranked 15th among China's top 100 enterprises in terms of authorized invention patents in the first half of 2020 according to data from the intellectual property industry media outlet IPRdaily and the incoPat Innovation Index Research Center.

In the first half of this year, the number of invention patents authorized by the State Intellectual Property Office was about 220,000; 81.04 percent of them were granted to Chinese applicants (excluding compatriots in Hong Kong, Macao and Taiwan). 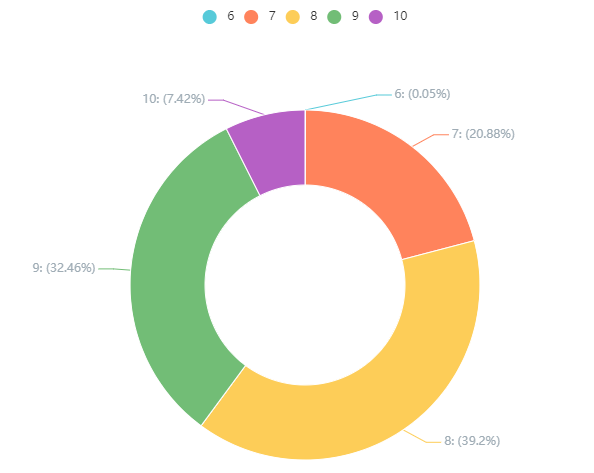 The proportion of patents with their value at different levels (appraised at 6-10 points) [Photo/thholding.com.cn] 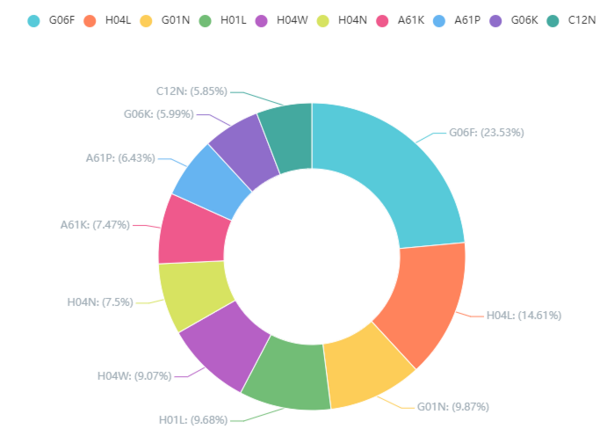