The Beijing-Xiong'an Intercity Railway, connecting the Chinese capital Beijing and Xiong'an New Area, opened to traffic on Dec 27. Passengers can relish a journey between the Beijing Daxing International Airport and Xiong'an with high-quality services that takes less than 20 minutes. 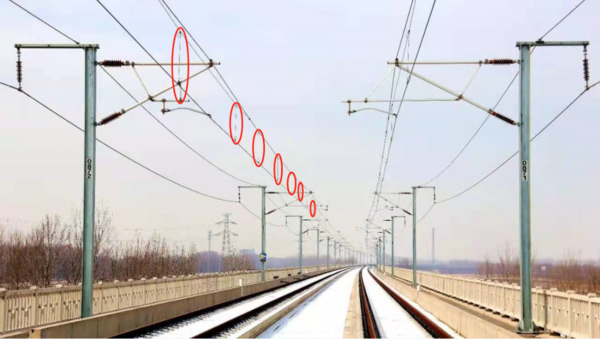 Suspension strings, which support the power supply line, are a key component of the high-speed rail traction system. In the past, they were manually or semi-automatically preconfigured.

They were basically a device fitted to a single project, with poor flexibility and high replacement cost. In addition, workers were likely to waste materials during the assembly process.

Targeting these problems, Tongchuang developed a fully-automatic version in 2019. 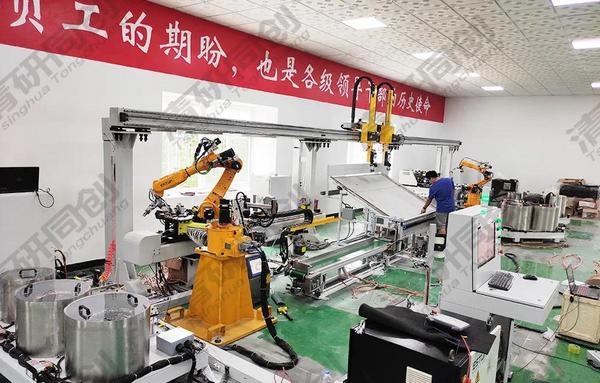 Automatic machines are on operation in a workshop of the Tsinghua Tongchuang company. [Photo/thholdings.com]

Based on a standard data template provided by the user, the new product can be directly imported into an industrial computer for intelligent data extraction and pre-production of various hanging string specifications.

All hanging strings can be inspected online. Any defective ones will be detected and automatically separated out.

Quality and stability of production therefore have been greatly improved, while raw material waste has been cut down.

Also, the necessary molds and trays can be technologically updated.

Tongchuang is expected to persist in technological innovation and contribute to the intelligentization of China's high-speed rail transport.