A video of the Fully Integrated Chip Laboratory System for SARS-CoV-2 Nucleic Acid Detection launched by Professor Cheng Jing, an academic at the Chinese Academy of Engineering and Tsinghua University professor, as well as his team from CapitalBio, won the 2021 CAETS Communications Prize for Engineering Success Stories.

The video was made public for the first time on a global scale. Winning the prize represents the international community's high recognition of China's advanced technology and engineering achievements in fighting the epidemic. 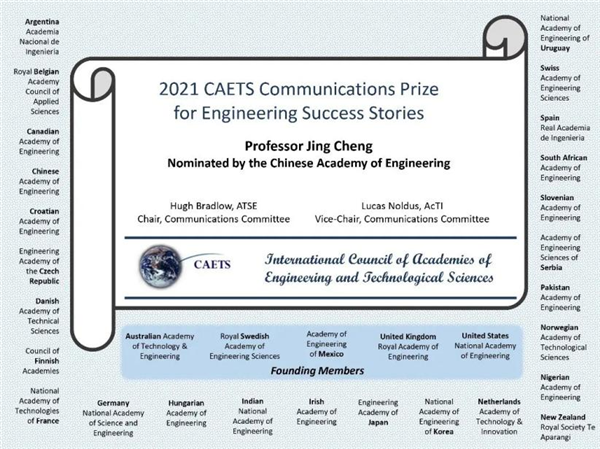 The CAETS Communication Prizes, initiated by CAETS earlier this year, recognizes outstanding audiovisual communication and innovation in engineering or technological sciences and is open to fellows of CAETS member academies.

Nominees are selected by CAETS member academies and submitted to an international judging panel who selects the winners in each category.

With intense competition, the inaugural prize for engineering success went to Prof. Cheng, who was nominated by the Chinese Academy of Engineering. 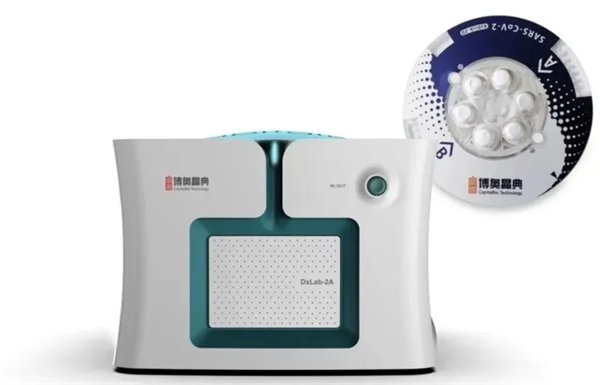 The system is comprised of the Fully Integrated SARS CoV-2 Nucleic Acid Detection Kit (Disc Chip) and the Fully Automated Nucleic Acid Analyzer. With the support of the emergency research project of the Ministry of Science and Technology, the system was jointly researched and developed by CapitalBio Corporation and Tsinghua University.

“Sample in, answer out” testing procedure for SARS-CoV-2 samples

Based on the advanced ”lab-on-a-chip” design concept, it simplifies the whole testing procedure. The only manual step is to add the sample preservation fluid into the chip and put it in the automatic analyzer, which takes less than one minute. The whole biological process, including nucleic acid exaction, purification, amplification, fluorescent testing, and interpretation of the test results, is integrated into a self-contained and internally partitioned microfluidic chip, which eliminates the need for a separated high biosafety level laboratory. There is no need for manual intervention, which minimizes the risks of operator infection and cross-contamination among samples. The whole testing process takes less than 45 minutes and can detect positive samples of SARS CoV-2 in just 35 minutes. 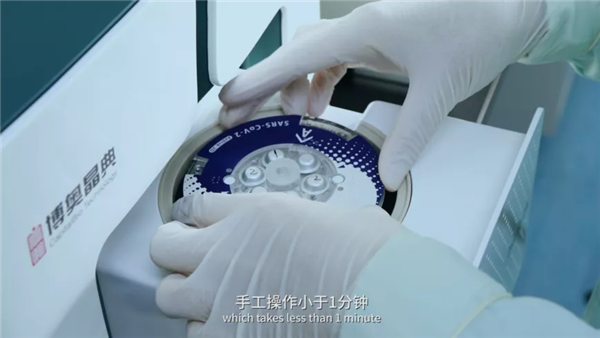 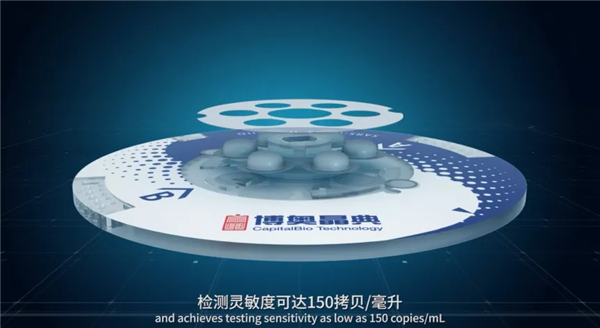 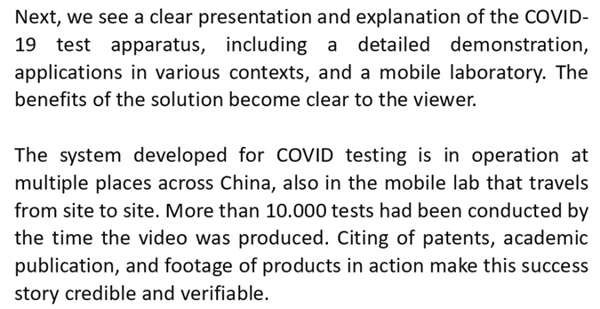 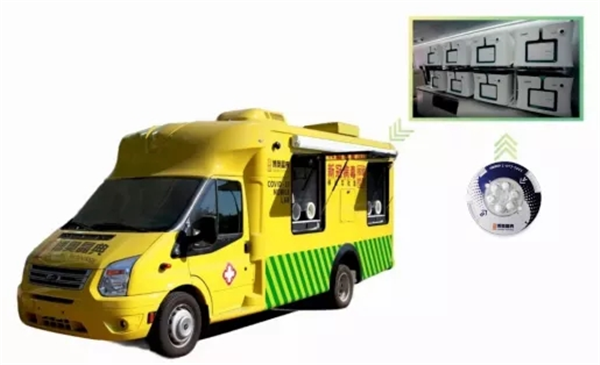 Prof. Cheng led a multi-disciplinary team at Tsinghua University to rapidly develop the “Light Cavalry” Mobile Lab for SARS CoV-2 Nucleic Acid Detection which is equipped with this technology and a pharyngeal swab automatic sampling robot. It serves as a rapid, mobile and safe testing platform for epidemic prevention and control, and significantly enhances the capacity of emergence response to new outbreaks of infectious diseases.

It can be widely applied in hospitals, disease control institutions, airports, railway stations, schools, customs, military, import and export ports and other emergency scenarios. Currently, it has been deployed in Guangzhou, Dongguan, Nanjing, Zhengzhou, Huai’an, Mianyang, Liu’an and many other places in China.

The Fully Integrated Chip Laboratory System and the Mobile Lab for SARS CoV-2 Nucleic Acid Detection have become important tools for coordinated epidemic prevention and control work across China. This mobile lab will soon be put into use in Italy, Indonesia, the United Arab Emirates and other countries.