Speaking in a recent interview, Zhang Mingqi, a chief designer from the Architectural Design and Research Institute of Tsinghua University, talked about his creative approach toward designing the National Ski Jumping Center, also known as “Snow Ruyi”, which held skiing, jumping and Nordic combined events at the just-concluded Beijing 2022 Winter Olympics. 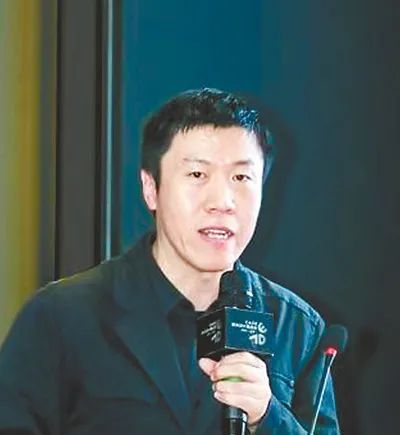 Zhang Mingqi, a chief designer from the Architectural Design and Research Institute of Tsinghua University, talks about his creative approach toward designing the National Ski Jumping Center. [Photo/Wechat account:qinghuachanye]

Zhang and his teammates found that the S-shaped curve of the National Ski Jumping Center's track section highly resembled the shape of ruyi, a traditional Chinese ornament symbolizing good luck, when they received its plan.

Therefore, the idea of Snow Ruyi came into being. With the joint efforts of Zhang and his colleagues, the S-shaped curve of the hill’s tracks match with the public area on the mountain and the stadium at its root, both of which have a round shape, forming a three-dimensional and dynamic posture whilst incorporating traditional Chinese cultural elements.

Two of the hill’s tracks were initially designed to be symmetric. However, the designers later changed their minds because the mountain slopes of two tracks were measured at different heights and the wind on each side wasn’t always moving in the same direction.

At last, they agreed to respect the natural terrain in the design and building of the National Ski Jumping Center. In addition, they built its jumping platform in a valley, which could guarantee professional standards, protect surface runoff and vegetation, and mitigate any negative impact on the environment .

The concept of low-carbon and sustainable development was also highlighted in the design and construction of the National Ski Jumping Center .

For instance, there is sufficient wind power in Zhangjiakou, the co-host city of the 2022 Winter Olympics in north China's Hebei Province, where the National Ski Jumping Center is located, to meet its demand for electricity.

A special reservoir was built in an area close to the Guyangshu Venue Cluster in Zhangjiakou in order to collect water from melted snow and rainfall for the production of man-made snow and supply clean water to stadiums and surrounding areas.

The National Ski Jumping Center was mainly built with modular and prefabricated construction materials, which will make it easier for the building to be renovated in the future.